When thinking of classic American BBQ, Texas, the Carolinas, Georgia, and Memphis are among the locations that come to mind. That said, California is making a mark as an up and coming BBQ state, becoming known for Santa Maria style BBQ.

Santa Maria style barbecue is California tradition dating back to the 1800’s when Mexico owned much of California. While this delicacy is popular amongst California residents, it is difficult to find in the rest of the United States and has become an iconic of California BBQ.

As the name implies, the tradition of Santa Maria style grilling originates from the Santa Maria Valley on the California Central Coast where ranchers historically would dig large pits filled with coastal live oak (commonly called red oak on the Central Coast) to grill over. This produces a rich smoky flavor from grilling over a pit of oak that cannot readily be replicated by charcoal or gas grilling.

What Wood to Use for Santa Maria Style BBQ

What to Grill for Santa Maria Style BBQ

With Santa Maria style grilling, the barbeque setup is only half of the equation. The other half is the food. Santa Maria style BBQ historically used top sirloin as the featured cut of meat. As prices for sirloin increased in the 1950’s, butchers in the Santa Maria Valley created a new cut of beef: tri-tip. While top sirloin is still available, tri-tip has become the most popular cut of beef for Santa Maria style grilling. Since tri-tip is a large cut of steak (often 3 pounds or more), you’ll typically get slices of a tri-tip. A popular variation is the tri-tip sandwich, featuring thin slices of tri-tip on a french bread.

Santa Maria style tri-tip often features sides of pinquito beans, garlic bread, and salad. While tri-tip is the primary food associated with Santa Maria style grilling, linguica, chorizo, and other cuts of steak (such as sirloin) are also popular choices. 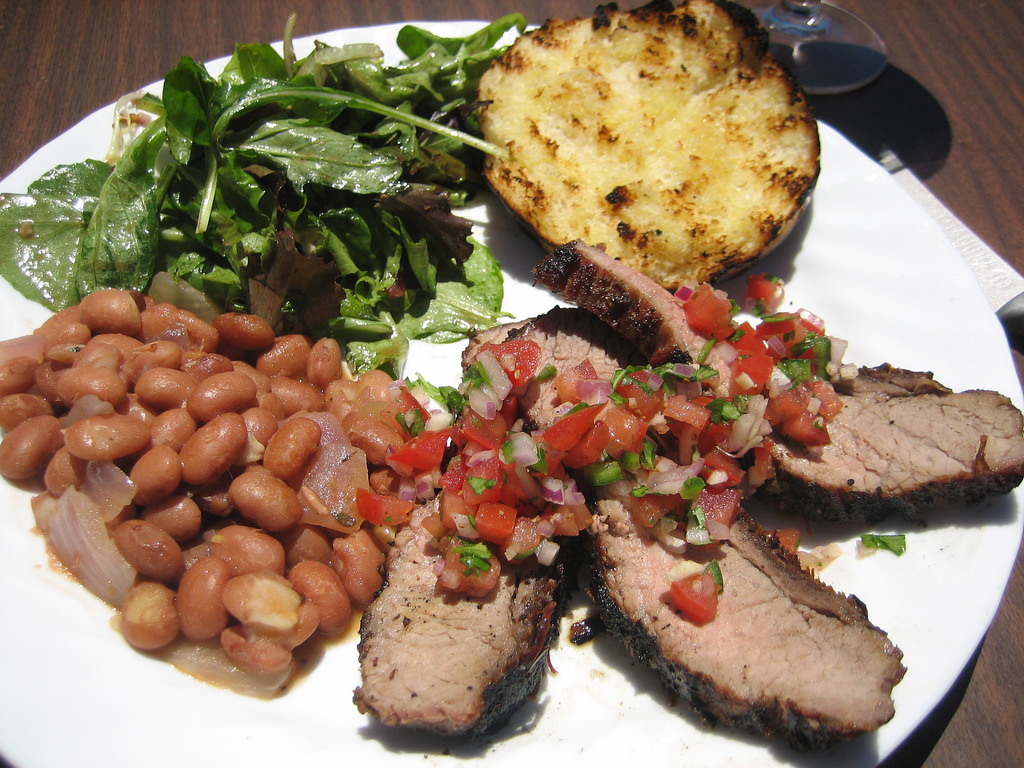 The emphasis of Santa Maria style grilling is smoke and straightforward seasoning. While traditional BBQ typically focuses on marinades and sauces, Santa Maria style tri-tip is usually seasoned with a salt, pepper, and garlic based dry rub. This enhances the the smoky flavor of the meat rather than masking it with powerful sauces. While BBQ restaurants on California’s Central Coast do provide unique BBQ sauces to compliment the oak flamed and Santa Maria style seasoning, salsa is traditionally used instead of BBQ sauce and is a popular choice with locals. The salsa showcases the classic Santa Maria style flavor rather than drowning it out.

Where to Get Santa Maria Style BBQ

You can find out more about which cookies we are using or switch them off in settings.

This website uses cookies so that we can provide you with the best user experience possible. Cookie information is stored in your browser and performs functions such as recognising you when you return to our website and helping our team to understand which sections of the website you find most interesting and useful.